The wireframe for the design came quite quickly as we needed a classic layout that would suite the older visitor with calls to action for the key fund raising event pages. We initially chose a warm pallet as it appeared more inviting and hospitable. A redesign of the website took place in 2016 to make it more appealing to younger visitors as the website had grown into an educational tool for school teachers and pupils. Being template driven, we simply changed the colour scheme and updated a few images which instantly made it more appealing to the younger eye

What the Client had to say

Philip Butler has provided IT consultancy services for Huguenots of Spitalfields for over five years. He plays a major role in our image and in the way we communicate, and through his inspired creativity, he makes us punch above our weight. Philip’s talents include his forensic attention to detail, the added value that he brings to every project, his ability to see the bigger picture of what we are trying to achieve, and his technical knowledge in resolving problems. In line with many charities, we have a limited budget and Philip has consistently given us value for money and delivered all concepts on time.Charlie de Wet Chair, Huguenots of Spitalfields 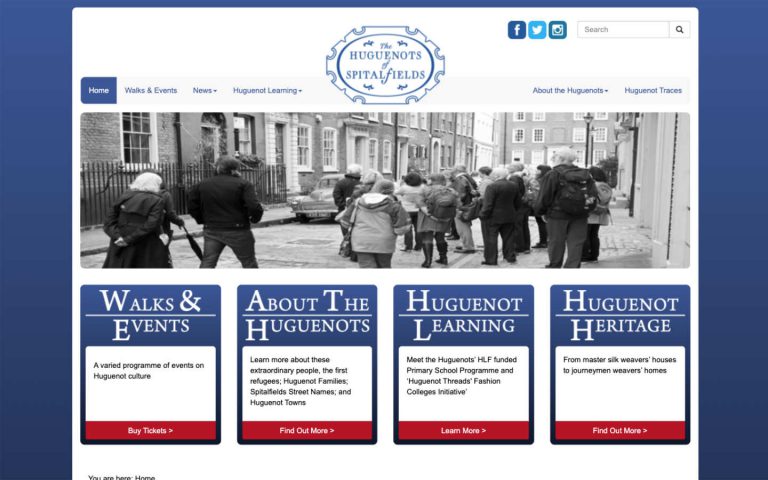 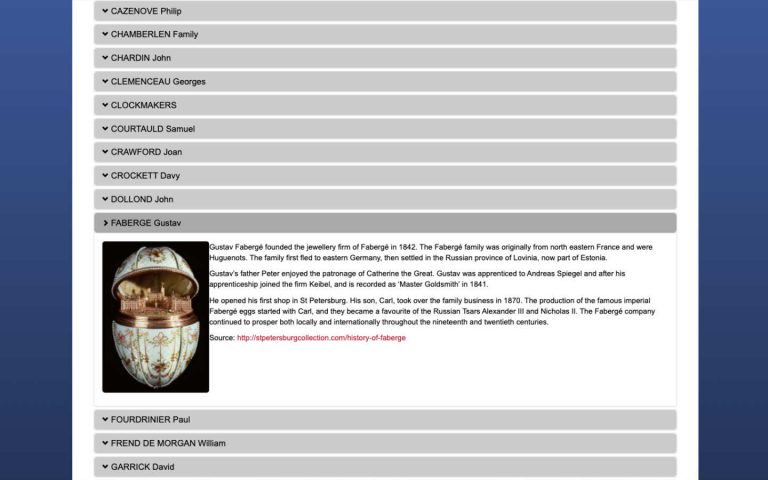